Contemplating the Craft, Bedouin created a press kit to publicize the EP of the Minas Gerais musician Julian Campos “Luck, Chance or Whatever.” Taking advantage of the Julian’s idea, who with a special touch released his authorial CD with the handmade cover, Bedouin kept the same concept and created this super special kit to deliver the work to journalists, record labels and producers.

“It’s this closeness to people. Today, everything is very artificial. We have to do it, the machine does everything… I thought that today the public is looking for an identification with the artist. And the way I found them identifying themselves, feeling close to me, would be getting a job that I did by my own hand, that I spent my time doing that. ” says Julian Campos in an interview for the G1. 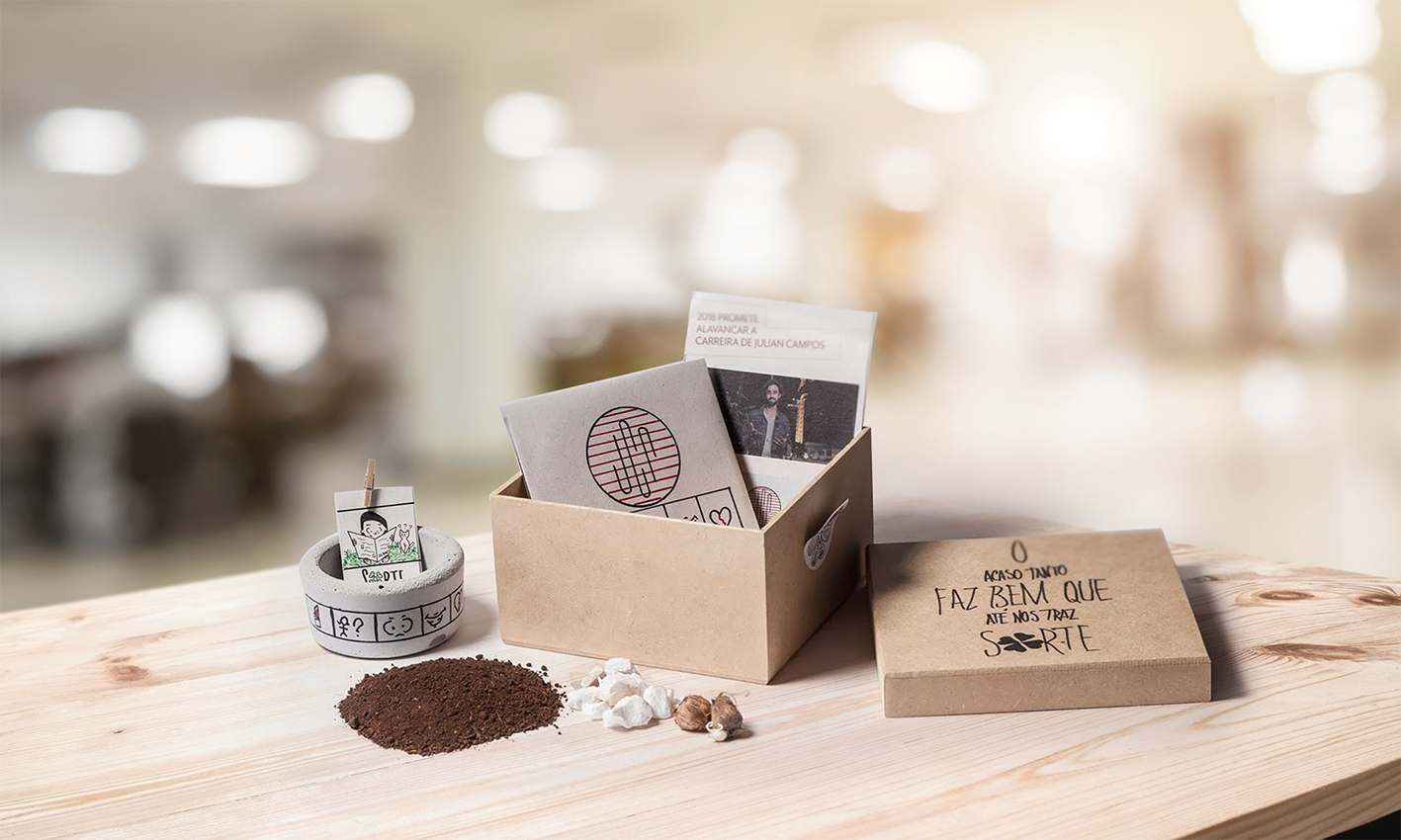 In the kit, Bedouin CC in partnership with Verso.tht and Guria Nervosa created a handcrafted box and inside it a vase with the same icons of visual communication of the new disc of Julian, a bulb with lucky clover, earth to plant and pebbles to decorate, all done / hand-selected with a super special touch. To complete the delicacy the musician himself sent a note next to each kit wishing luck to who received it and explains how to plant and take care of the clover.

“I believe we need to look for our best ever and it is in this type of artistic / cultural work that we have been able to expose the desire and capacity of our team to do something different without losing the essence, the soul of our client. A sustainable, economically viable, high impact, receptivity and best of all: it is already generating business for Julian, which is the biggest goal of this action. ” says John F. Saddock, founder of Bedouin.CC.

Technical data: The execution of the pots and boxes was done by “Guria Nervosa (Rafael Machado and Taísa Daros)”, the press release by Thabata Martin’s incredible press office (Verso.tht) and the design / assembly / distribution by own staff of Bedouin.CC and Julian Campos.

The world is ours

WHERE YOU NEED US?